Coronation Street (or Corrie as it is otherwise known) has been on air since December 1960, and is now a significant part of British culture. It is shown in all ITV regions, as well as internationally. In 2010 Coronation Street celebrated its 50th Anniversary. Read More…

ITV approached Lambie-Nairn to design a commemorative logo for the occasion. I created a logo roundel that incorporated the iconic rooftops featured in the famous title sequence, along with gold numerals that reflected the signage of the ubiquitous Rover’s Return. The logo was used at the end of programmes and upon merchandise during the year’s anniversary celebrations. 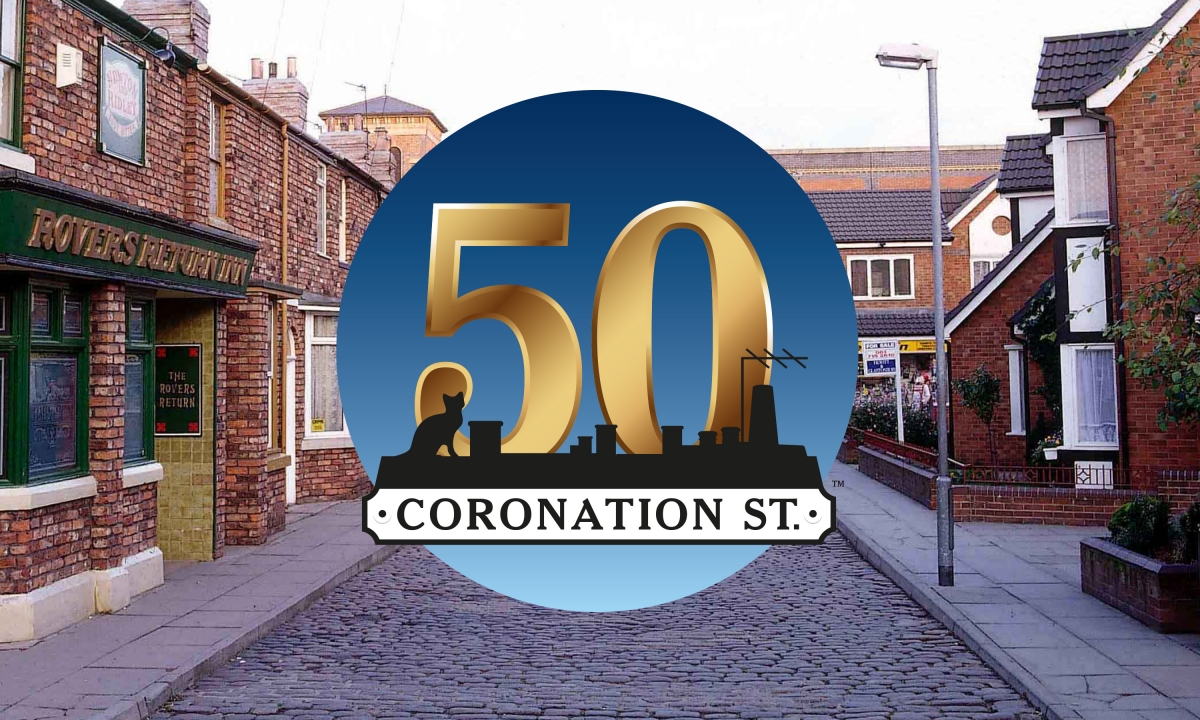